Scott Galloway’s Tinderbox Tales, an exhibition of digitally manipulated artwork, was featured in the Dublin Arts Council gallery in 2008.

Galloway uses collage and digital manipulation to produce expressions of anxiety and chaos. Sometimes whimsical and often macabre, Galloway’s work will challenge the viewer to extract the wit and message in each artwork.

The artist describes his work as “‘Cut-and-paste’ taken to the level of Dr. Frankenstein.”

Galloway has participated in numerous juried national and international exhibitions and competitions in New York, California and throughout the State of Ohio since 1995. Galloway was awarded first place honors in a national juried competition for his solo
exhibition, Mrs. Watson’s Progress, at the SoHo Photo Gallery in New York City.

According to Dublin Arts Council Executive Director David Guion, “Scott Galloway takes me into a world of puzzling angst-ridden discovery. I almost feel like I am interrupting his silent world and upset at myself that I tried desperately to break the code of his digital pastiche.”

Tinderbox Tales included images that do not normally exist within the same contextual frame, according to the artist. “Each one is a wordless celebration of a world ripe with insane possibility,” concluded Galloway.

Galloway weaves his artwork through digital manipulation of real (and sometimes not so real) objects, colors, textures and even the human form.  These are all things of which art is made.

Galloway’s own personal tinderbox includes old doll heads, bits of bark, mold, dried curly leaves, a beer bottle, hand puppets, rocks and garage sale tiles. Starting first with a conceptual sketch, he photographs each of these small, mundane objects.  He then digitally compiles, stretches and composes challenging statements on the computer that emerge into their own surreal tableaus. 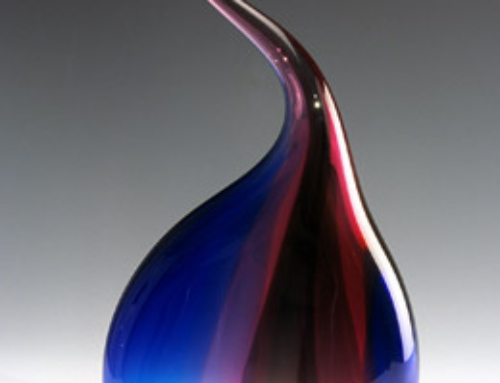